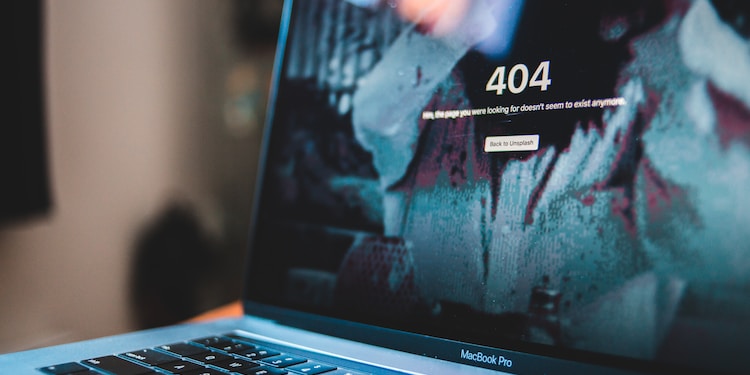 Photo by Erik Mclean on Unsplash

Many people believe that viruses aren’t a big deal – or even that they’re just a myth – but there are still plenty of threats out there capable of causing serious problems for both your computer and your personal information. While viruses certainly do exist, malware comes in many different forms. Malware can include viruses, worms, trojans, ransomware, and even spyware.

These threats are all capable of infiltrating your computer through security vulnerabilities in operating systems or applications. As technology advances, there will always be new types of malware capable of exploiting modern platforms that antivirus should protect you from. That’s why it’s important to always have the latest protection software installed on your system at all times!

If you want to learn more about how important an antivirus really is, we will go over the many reasons why updated protection software is mandatory these days.

It prevents serious damage to your system

One of the most common problems that malware can cause is rendering your computer completely unusable. Some viruses are designed to enter your system without your knowledge and automatically download components. These components then begin running when you start up your machine, allowing them to hide in the background while they wreak havoc on your PC. The result will be slow performance, constant crashes or freezes, and complete inaccessibility of files. At this point, even restarting may not do anything for you because many types of malware will remain resident in memory until they complete their tasks.

The easiest way to avoid these types of problems is simply by using antivirus software with real-time protection features enabled. The type of security system provided by Eset is in a constant state of monitoring, so it will be able to detect and block any suspicious activity before it can do any damage. Additionally,  the security system should be able to identify malware that has already infiltrated your computer and allow you to remove it before it can cause any damage.

It’s important to understand that malware isn’t always harmful – some viruses are simply designed to steal your personal information without leaving anything behind to alert you or your antivirus software that they were there. Hackers use different types of techniques like keylogging and clipboard logging to collect usernames, passwords, credit card data, and other sensitive data, which they then sell on the black market for a profit. This type of threat doesn’t delete any files from your computer (although it does make them inaccessible), but anyone who uses your computer after you will be able to see all your private information.

To avoid this type of problem, it’s a good idea to install antivirus software that has a file shredder feature built-in. This allows you to erase personal data without any chance of recovering it, preventing identity theft and other serious crimes.

It protects yourself from other viruses

Even if your computer is completely clean right now, there is always the possibility that some kind of virus could infect your system in the future – unless you use antivirus software on your PC at all times! Just like anti-virus programs work by scouring new files for signatures that match known threats, they also do regular scans of common malware locations. If your security software finds any type of suspicious activity, it will attempt to block and remove the offender without any additional input from you.

Besides scanning for known threats, antivirus software also takes a look at all new application installations on your computer and analyzes them before initiation. This helps safeguard against viruses and other types of malware trying to exploit software vulnerabilities like outdated plugins, browser add-ons, or even system drivers that aren’t fully compatible with the operating system you’re using.

It prevents the spread of viruses

Most modern viruses are designed not only to damage files on your computer but also spread themselves to nearby systems automatically. For this to work, they need some way to reach out beyond their current location to sneak into other computers – normally, this is done via email or instant messaging programs. If your antivirus software detects a new outgoing message that it doesn’t recognize, it will stop the process and not allow any data to be sent. This effectively cuts off an important method of transmission for a virus and prevents it from gaining access to anyone else’s computer.

It prevents contamination of other computers

If your computer is already infected with a virus, it might try to reach out to other systems on the same network to share files or data that was stolen from you. Unfortunately, this can cause trouble for these other computers because they don’t have the antivirus software installed to protect them.

To avoid contaminating your other devices, most antivirus software can detect and quarantine any files that are trying to leave your system. This prevents viruses from spreading across networks and also protects all of your computerized systems in the home or office if one machine becomes infected with malware. Using an antivirus program can help keep all your computers in good condition and prevent any data from being stolen or accidentally deleted.

Using anti-virus software for your computer is a must if you want to protect it from the million and one online threats that could cause issues. As seen above, there are many benefits to having this kind of program installed on your machine. It’s important to use an antivirus because even if you think your computer is safe.

Kaspersky vs McAfee: which antivirus suite is best

Choosing an antivirus is a hard decision because you have to go through all the features an antivirus provides as...

How to uninstall McAfee from windows 10 PC

McAfee is the most recommended and used antivirus on windows 10 PC. When you purchase a windows 10 PC then...

How to Activate McAfee Antivirus | Mcafee.com/activate

When it comes to personal computing, there is a reasonable chance that your Personal Computer (PC) will, at one point...

The Importance Of Information Management And Analytics For Your Business

The perfect monitor of this generation

Can I Use Bitcoin To Pay for My Vacation

Got a Business Idea? Here’s What You Need to do Next

How Software Can Help Clinics Do A Better Job