11 Most Inspiring Football Uniforms of All Time 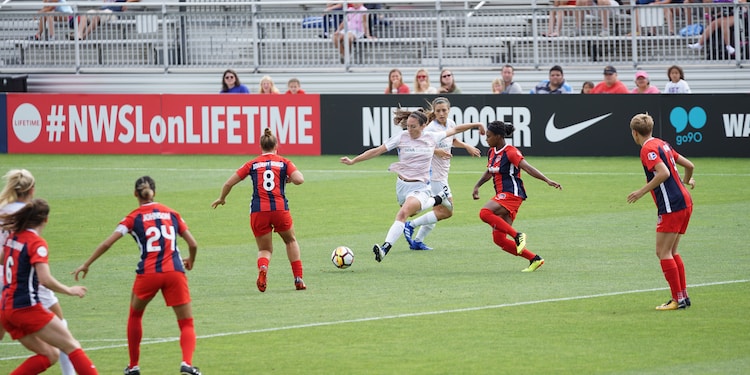 Just half a year ago, we all were hooked on to the TV and watching 32 football teams in the coolest uniforms competing for the big title. A sports outfit is a part of the collective spirit of a football team, and it gives them an identity. Besides, they have a particular style appeal which attracts the viewers. People love watching their favorite football stars wearing the coolest uniforms that flaunt the custom made patches of famous brands.

Here we will take a look at some of the best football uniforms that got good reviews from fashion critics:

The Nigeria kit in 2018 World Cup was the show-stealer. The triangle-patterned kit became an instant hit soon after Nike launched it. The design was inspired from the Super Eagles kit in the 1994 World Cup. The kit got the attention of the fans immediately after it was launched in the media.

We can say that this uniform will continue to inspire the future designs of the Super Eagles and even the laymen will buy more customized jerseys of Super Eagles with custom iron on patches.

The kit of Germans in 2018 World Cup got rave reviews for its exquisite design and use of chevron motifs. It was a remake of the kit of Germany team from the 1990 FIFA World Cup. It was designed by none other than Adidas which is the biggest sportswear brand in Germany.

However, this time Adidas played around with the colors and used black and gray instead of the black, red and gold which are the colors of the German flag. With the custom uniform patches of big brands, the kit looked stunning on the Germans. Unfortunately, Germany was eliminated in the Knockout stage.

France won the title for the 1998 FIFA World Cup, and we bet that it would have even won the best uniform award in the world cup if there were any sartorial awards for sports outfit. Adidas did an excellent job with the arch-rival of its homeland. The kit showed the Adidas stripes in red, white, and blue colors. And boy! They looked fantastic on the French players.

ABA Sport designed the 1998 World Cup kit of Mexico. When it was presented to head of the design team, he brushed it aside due to its eccentric pattern. The jersey featured Aztec calendar in the green that represents the lead color in the Mexican flag. However, the design got the approval of the head honcho, and it became one of the best kits of the Mexican team in the history of the world cup.

The five-time winner of the FIFA World Cup, the uniform of the Brazilian football team always looks fascinating to the eyes. The yellow color is the highlight of their outfit as it catches your eyes due to its high hue. But it was the 1970 kit of Brazil team that made a marked distinction.

The 1970 World Cup was the first edition of FIFA that was broadcasted in colors, so it quickly garnered the attention of the people. Not only did Brazil won the title but it also wooed the hearts of the audience with this fantastic uniform.

The year 1990 was a significant year for West Germany. The year brings the world cup to the country, and it was also the beginning of unified Germany after the fall of the Berlin wall.

The 1990 World Cup kit of West Germany was the precursor of the 2018 uniform of Germany. However, it had different colors from the kit that was used in the 2018 FIFA World Cup. The original uniform used the black, red, and yellow colors which represented the flag of West Germany at the time.

Peru appeared in 1970 FIFA World Cup in a white uniform with a red stripe that was diagonally slanted on the jersey. It was the first appearance of Peru in World Cup after 40 years. So it was a significant event for the Peruvian football team and the uniform infused in them the right spirit to give their best shot.

Sadly, Peru was knocked out in the quarter-finals by Brazil. But the people remembered the aesthetic design of the Peruvian uniforms for years, and they even made Peruvian football jerseys with their own custom made patches.

The Argentinian kit is one 0f the most beautiful uniforms in FIFA history, but there was something more appealing in the sports outfit that Argentinians wore in 1978 World Cup. Argentina was the host of this edition of FIFA. It was among the few world cups that featured the crew neck jerseys in full sleeves since the winter was in full swing in Argentina. The Argentinian players looked extremely hot in those white and blue stripes

The Croatian football team made their debut in the big game with 1998 FIFA World Cup edition. It was a watershed moment for the country as it has just emancipated from Yugoslavia. The kit was the highlight of the Croatian team in the world cup, and it made it stand out among the competing teams. It was conceived by the Croatian designer Miroslav Sutej and manufactured by the Lotto, an Italian sports brand.

The uniform was printed with a chess-board pattern which is the emblem of the Croatian flag. The unique design of the Croatian kit made it the most recognized uniform during the world cup. Croatia made a substantial impact in the event and qualified for the semifinal where it lost to France in a close encounter.

While the 1974 FIFA World Cup was a disaster for the obscure team of Zaire, they manage to get some praises for their uniform. Adidas designed the green kit which showed a leopard face and the Country’s name on the front. It was among the few significant events that would go down in the history of Zaire football team as it could not participate in any of the subsequent world cup editions.

Hummel designed the 1986 world cup outfit of the Danes, and they created it like a true artist. The brilliant design of the uniform graced the stage, and the viewers set their eyes on the Danes to watch them dribbling the football. The uniform used the contrasting red tones with white stripes on one side of the chest, back, and arms. It is certainly one of the best uniforms in the history of FIFA.