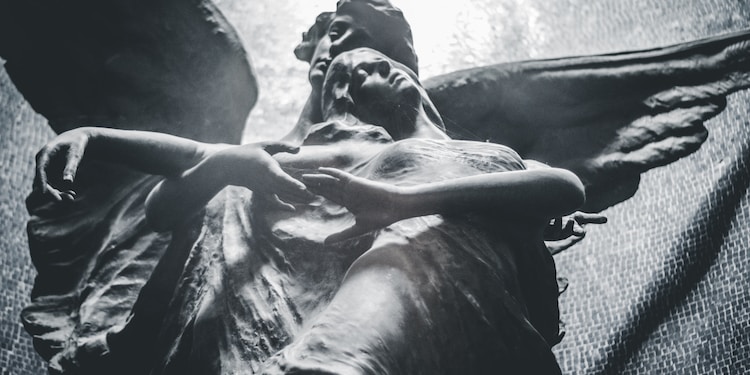 Photo by Luigi Boccardo on Unsplash

Paintings of angels fall under the category of Christian art. According to the Bible, angels are celestial beings and messengers from God. They often appeared to deliver divine messages to devout men and women throughout scripture. They were also sent to assist those in dire need of help. Whichever the case, they do not act independently; they are always sent.

Angel art became popular in the 13th century when Emperor Constantine granted religious tolerance in Rome. Christians, who had been in hiding because of the Roman persecution of Christianity, could then boldly assemble in public. Constantine also set out to provide worship places for the religions he had granted clemency, including churches for Christians.

Churches began commissioning artists to adorn their walls and ceilings with biblical imagery, which was when the fascination with angel paintings began. After that, biblical paintings grew increasingly popular until they peaked during the Italian Renaissance circa the 15th – 16th century. Consequently, many Renaissance masterpieces feature these celestial beings, and in this article, we will explore these famous angel paintings.

Bouguereau was a French Academic painter whose mythological and religious scenes earned a hugely successful career. Bouguereau’s realistic depictions, particularly of the female form, and his adherence to the Academic style, made him popular with the bourgeoisie of French society and spread his fame abroad. Hardly is there any other French painter who enjoyed a lifetime of commercial success as he did.

Bouguereau’s 1881 oil-on-canvas painting, also known as The Virgin with Angels, is one of his most famous works and a brilliant example of one of the famous angel paintings. The large-scale painting is housed at the Forest Lawn Museum, California, USA.

It is an academic style depiction of 3 feminine-looking angels playing different musical instruments, serenading an infant Jesus to sleep in his mother’s arms, Mary. The angels are robbed in signature white garments matching their white wings. The baby is resting nude in his mother’s arms, adorned in a simple blue garment and a white veil.

Christ at Gethsemane I by Carl Heinrich Bloch

Bloch was a celebrated Danish painter renowned for his religious scenes, which significantly impacted The Church of Jesus Christ of the Latter-day Saints, who continually reference his art in their media. His career began with scenes of everyday life, but this soon changed in 1859 when he moved to Italy. His stay in Italy influenced a transition that established what he historically became known for.

The 1875 oil-on-copper painting is one of Bloch’s evocative illustrations of biblical imagery. The painting illustrates according to the Canonical gospels of Matthew, Mark, Luke, and John. The story details the agony of Christ in the Garden of Gethsemane as he ponders the suffering that awaits him.

Most depictions of the story only feature an agonized Christ in prayer, but Bloch has included an angel in his painting who comforts Christ shortly before his betrayal and arrest. Five years later, in 1880, Block created a revised version of the painting titled Christ at Gethsemane II. Both paintings are generally similar but bear slight differences.

The Triumph of Galatea by Raphael

Raphael was a prolific Italian painter recognized as one of the greatest masters of the Italian Renaissance period. The artist had a large workshop that produced a large body of work, including several masterpieces that have existed even after his early death.

He created this fresco circa 1512 for the Villa Farnesina, a suburban Renaissance residence in Rome. The fresco is a scene from Greek mythology that is part of a series used to adorn the Villa. The myth follows the deadly love triangle between Galatea, a beautiful sea nymph, the shepherd she falls in love with, and Polyphemus, her embittered lover.

Raphael painted Galatea’s divinization, where several other mythical creatures surround her. Among these creatures are five cherubs, 4 of which fly around with their bows and arrows, while the 5th watches the scene from a cloud on the top left corner of the painting.

Creation of Adam by Michelangelo Buonarroti

Michelangelo was an iconic painter and sculptor of the Italian High Renaissance. His notable works include the famous David sculpture and the Sistine Chapel Frescoes.

The painting is among the scenes depicted on the Sistine Chapel ceiling. It was created around 1512 and is perhaps the most famous religious painting of all time, only comparable in popularity to Da Vinci’s The Last Supper. It illustrates the biblical creation story of Adam, the first created man. God, portrayed as an elderly man, stretches his forefinger towards Adam to impart life.

God is surrounded by several celestial creatures identified as little angels called cherubs in this old angel painting. A female being rests under God’s other arm, and many believe this illustrates Eve, Adam’s mate.

Velasquez branched out of his portraiture comfort zone to create this mid-17th century beauty. The painting depicts the Holy Trinity in Christian theology, crowning the Virgin Mary, the earthly mother of Christ.

The painting is an inverted triangle with Mary as the focal point. God the Father is depicted as a dignified old man to the right, and Christ is on the left, while the Holy Spirit, represented as a white dove, forms the triangle’s base.

The masterpiece is thought to be commissioned for Elisabeth of France, queen consort to Philip IV of Spain. Along with some other paintings of the Virgin Mary, it was at the oratory in Elizabeth’s court until it was moved to the Museo del Prado in Madrid, Spain.

Angels rank very high on the scale of otherworldly creatures that intrigue humans. Several artists have produced famous angel paintings by enhancing Judeo-Christian descriptions with imagination. These masterpieces continue to dazzle viewers, and angels remain a popular motif in art. 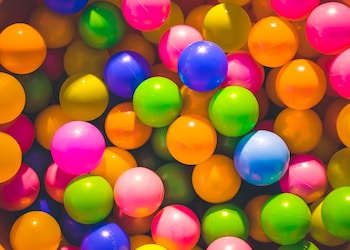 For many years, digital art has been recognized as a distinct type of contemporary art that is on par with... 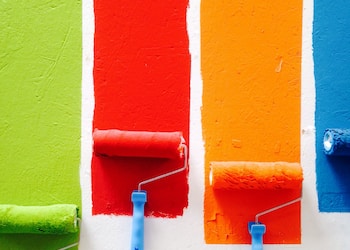 Will Paint Stick to Polyurethane

The Paintings Market In 2021: What You Should Know

Like many things in 2021, the art world has undergone a lot of change. Whether because of the recent shift...