Bulova and Its Journey Towards Prominence 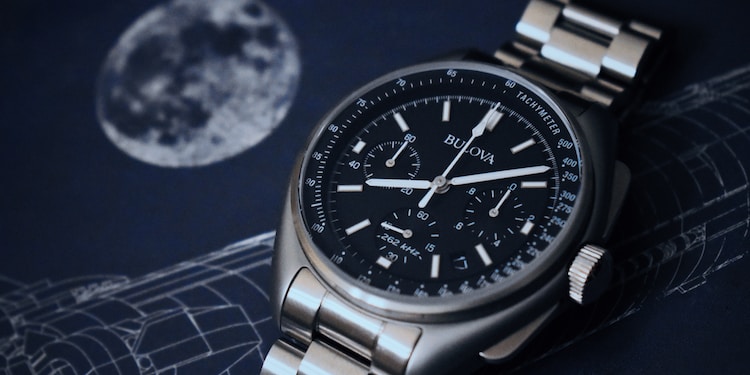 Photo by Denin Lawley on Unsplash

Bulova is a watch that can be worn by anyone. While some of its offerings may be difficult to come by in more rural areas, they are usually easy to come by and won’t break the bank. Bulova watches do not currently use precious metals, as they are mostly made of stainless steel and brass. To keep costs down, low-cost movements utilize plastic gears or spacers.

While Bulova watches can cost close to a thousand dollars, don’t expect to pay that much on the used market. Bulova factory-remanufactured timepieces can sometimes be found for a fraction of the original retail price. To know more about the watch brand and its timepieces, this article is for you.

Bulova, as we currently know, was built by Joseph Bulova, a Bohemian immigrant, and American clockmaker, in 1875 as the J. Bulova Company. Even though the company is still renowned for being a “mall watch” company, it has a long history of watchmaking advancements and played a significant role in the history of American technology and watchmaking before the “Quartz Crisis” transformed everything.

The J. Bulova Company began as a small jewelry store in New York City’s Maiden Lane. By 1911, it had made table clocks and pocket watches, which were successful enough for the company to open a plant in Biel, Switzerland. Its mission is to produce watch components and assemble jeweled movements. Bulova debuted its first full range of men’s jeweled watches in 1919, following the end of World War I.

Renaming of the Brand

In 1923, the J. Bulova Company altered its name into Bulova Watch Company and primarily focused on wristwatches, owing to its achievement in that category. Bulova normalized many of its parts during this period. This was a first in the watch industry, and it ensured that a specific part could be swapped out for one from the various watches. Watch servicing would be revolutionized as a result of this.

Throughout the 1920s and 1930s, Bulova grew in popularity. Their first radio commercial was broadcast in 1926, followed by the formation of the world’s first clock radio in 1928 and the production of electric wall clocks in 1931. Bulova, the company recognized as a “mall watch,” sponsored all of the nation’s 20 biggest radio shows by 1940, and in 1941, Bulova launched the FIRST television commercial. “America runs on Bulova time,” it said, with a simple image of a clock on a map of the US. This was also true during WWII when Bulova collaborated with the US military to develop wristwatches for soldiers, aircraft instruments, torpedo mechanisms and fuses, and specialized timepieces.

Bulova’s crowning accomplishment, undoubtedly, began development in 1952. The Accutron was unveiled to the world after an eight-year development period. Other companies, such as Hamilton, had experimented with battery-powered watches, but those watches still had the same balance as a traditional watch. The Accutron is the world’s first electronic watch and the most significant advancement in timekeeping in 300 years. The watch, which lacked an escapement, was driven by an electronically motivated tuning fork, which produced its signature hum and kept time to within 2 seconds per day. Because of its precision, the Accutron watch was the first wristwatch to be approved for use by railroad workers.

Bulova was defeated by Omega in the race for astronaut wristwatches. What you may not know is that Accutrons were used in all the timekeeping mechanisms on the spacecraft that took those first explorers to the moon. In zero gravity, NASA was uncertain how mechanical movements would work. However, Bulova did create a prototype timepiece for astronaut Dave Scott. Due to a technicality, that watch did make it to the moon, but it was never generated.

Bulova joined forces with their line of Accutron Quartz watches by the end of the 1970s. By 1979, the company had become a subsidiary of the Loews Corporation. From 1979 to around 2008, when it was sold to Citizen. All we know is that the innovations ceased, watch production shifted from the US and Switzerland to the Far East, and Bulova became mostly low-cost watches sold in chain jewelry stores. Most people who consider themselves to be watch snobs would pass them by.

Citizen bought the Bulova Watch Company in 2008, and the Precisionist was created in 2010. It’s a quartz watch movement with an accuracy of +-10 seconds a year and a smooth sweeping second hand. Bulova has also begun to delve into its archives with the Archive Series of watches, which reinvent some of the company’s most exquisite works with great power. The Lunar Pilot, based on Dave Scott’s watch that was dressed on the moon and driven by a 262khz chronograph, is the most successful.

Bulova has hopped up its game since being acquired by Citizen to try to be more of the watch brand it once was, but with all those poor merchandising and mall pieces of anything they do, they still have a long way to go. Still, it’s encouraging to see that they’re still currently based in New York City’s Empire State Building and that they’re working to re-establish themselves as something they were once. It’s a high-quality timepiece for everyone in the US.