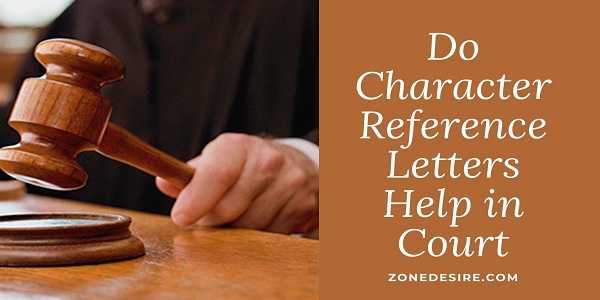 The sentencing of criminal cases is determined by a judge. A judge looks at the facts of the case as well as the defendant’s criminal history in determining a sentence. One element that can often be helpful during sentencing is a character letter. Acceptable character letters are written by friends, family, colleagues and others who know the defendant in criminal cases. During your case hearing, the judge will only allow a certain number of live witnesses to testify but will accept almost any number of letters.

Of course, a character letter is only effective if it is well-written and helps the judge understand a fuller picture of the defendant. A character reference letter for the court will rarely make or break, but it can be one of several valuable components of a defendant’s case that results in a favorable outcome.

What Is a Character Reference Letter for Court?

Many people think of reference letters as a document that proves their credentials in specific careers when they are applying for a new job. However, you can use character reference letters in the legal system to help a judge or jury get to know you on a more personal basis.

A character reference is a letter demonstrating the good character of a person involved in legal proceedings. When the accused is on trial, the court is interested in finding out who they are, in the context of the illegal activities they are accused of. The defendant needs to provide a letter that depicts an accurate description, with testimony that shows their moral values and character from the people who know them best.

The style and content of a character reference differ depending on the proceeding in question, i.e. as between a minor road traffic or offence serious criminal charge. However, the goal of this letter is to portray to the court the genuine character of the accused.

Other than keeping the right tone when writing a character reference, one should also be clear and specif which allow the judge to consider the reference in light of the particular charges. Judges tend to grant leniency, or mercy at sentencing when the defendant takes efforts to show more about:

Do’s and Don’ts When Writing a Character Reference Letter

The length of the letter isn’t that relevant. As long as the letter is personal, it doesn’t matter if it’s short with a few paragraphs or has a few pages.  Here are some do’s and don’ts when drafting someone a character reference letter.

Give a brief summary of how you know the person, for how long and how often you keep in contact.  Describe your relationship whether if you’re a family member, co-worker, employer or friend?

In your writing indicate how the defendant feels about the accused offence i.e. they are distressed or upset, they feel remorseful and sorry for what they have done, they have attended counselling, or have sought rehabilitation and treatment. Also, outline any personal problems or hardships that may have prompted the accused to commit the offence, such as mental illness or drug or alcohol use.

It is important to portray the reputation and general character of the accused person in the community. Include information that will help the accused like, charity work they have undertaken or any special achievements.

All defendants should consider the specific type of offense. As the writer, try to generate a character reference letter most effective for a specific crime.

As for the referee,  you don’t need to delve into your complete personal history with the individual.

Just indicate that the accused has acknowledged the charges brought against them. Do not argue against the charges on behalf of the person and make direct reference to or allude to the fact you believe the person should not have been charged. A character-reference letter loses credibility if the writer tries to minimize the offense conduct. Judges may feel the writer is being manipulative.

You should never include information you know to be untrue and lying to the court is an offence in itself.  A reference should be limited to giving positive affirmations of the person facing charges.

If you choose to write a character reference letter, note that it’s important to limit your thoughts to what you know about the accused as an individual. The sentencing process is a formal proceeding, and federal judges take their responsibilities very seriously. Writers of character-reference letters help the defendant when they express that they know what the defendant has done since being apprehended. 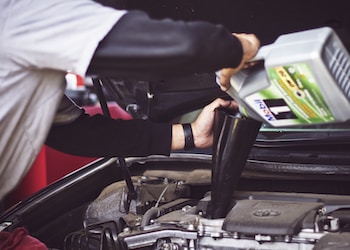 How often do cars need service

Just as you take care of your home by performing all the house chores like cleaning the floors, wiping off... 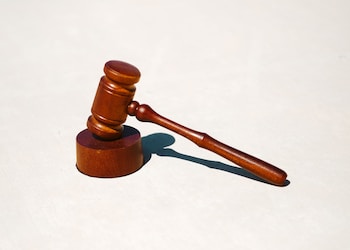 How To Think When Hiring An Attorney To Help Your Case

When you are looking to make a compensation claim, you must choose an attorney carefully. Getting the results and success...

In our daily experiences, we will always encounter challenges, hardships, and situations that will always demand informed decisions. However, it... 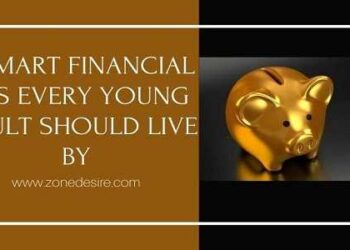 6 Smart Financial Tips Every Young Adult Should Live By

Becoming an adult is an exciting time as it brings with it so many freedoms and opportunities that aren’t available... 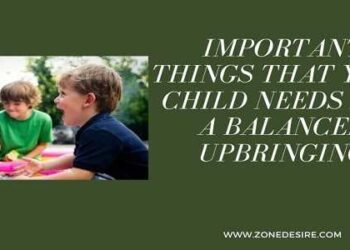 Important Things That Your Child Needs For A Balanced Upbringing

The world around us is changing every day and in every way, but proper parenting remains a major factor that... 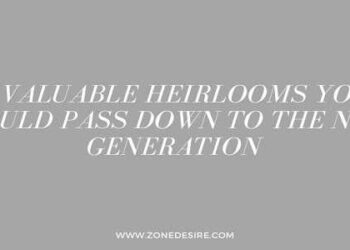 4 Valuable Heirlooms You Should Pass Down to the Next Generation

If you have family heirlooms that are special and significant, then you will want to save them for your grandkids...