How to Produce Eye-Catching Airport Advertisements 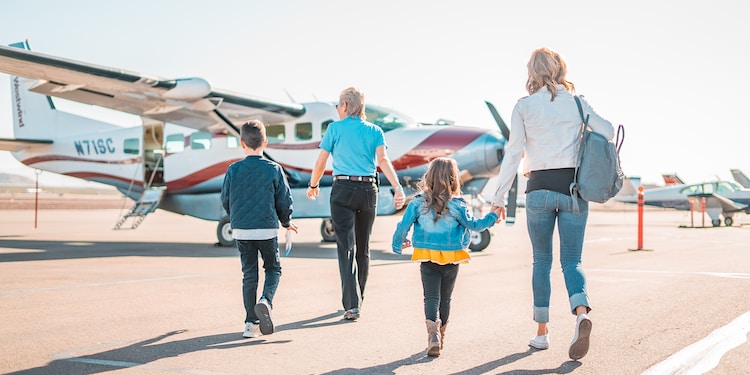 Out-of-home, or OOH, media relies on two simple concepts, high exposure, and minimal maintenance. This is what has made this field of marketing so successful, despite the fact that it is also one of the oldest forms of advertisement. Creating signs and advertisements that are strategically placed in order to catch people’s attention can get a lot of exposure. Billboards along highways see millions and millions of potential customers a day. One of the benefits of OOH media is that there are so many different options.

Some options for this style of marketing don’t allow for very directed marketing, for example, a skyscraper that has a huge banner will advertise to anyone who sees it. This is a massively wide audience, and while millions of people may see the advertisement, it’s impossible to ‘hone in’ on any one specific demographic. However, there are forms of OOH media that allow for more specialized and targeted marketing, and airport advertising is one of them.

One of the reasons that airport advertising creates such a special opportunity for OOH media, is that they serve an audience that is famously captive. It’s fairly common for people to deal with long layovers, unexpected canceled flights, and spend extended periods of time in an airport. When this happens, it’s not uncommon for a traveler to simply camp out in airport lobbies and wait out the delays. Rarely will a traveler venture out of the airport on an extended layover to explore, which means they’ll try to pass time and look for distractions.

This creates a unique opportunity for brands that want to service frequent travelers. Another great opportunity for advertisement is a chance to show off goods and services found in the cities surrounding the airport. For travelers arriving at their destinations, this is a chance that businesses have to be the first brands customers see when stepping off the plane.

Marketing campaigns can capitalize on the fact that people are considered to be more receptive to advertisements in an airport. With a more receptive audience, and the ability to be more targeted in your ads, businesses looking to invest in airport advertising can get some great results.

One of the reasons that OOH media is still used to this day is not only the fact that it reaches a massive amount of people, but it also helps to establish brand validity. The most trusted and powerful brands on the planet have used this kind of advertising, which lends a sense of credibility to its medium. In airports, the demographic that travels regularly is typical of a more affluent class, which means that high-end branding is more common. This is a great chance for smaller brands to have a chance at advertising in the same spaces as some of the largest and most successful businesses on the planet.

Because there are so many different options when it comes to running an OOH media marketing campaign, brands with smaller budgets can still capitalize on this benefit. In fact, because of the number of options that businesses have, there are a lot of ways to have an effective campaign that still fits your budget.

When it comes to producing the most eye-catching advertisements, you have to be mindful of your budget. A larger brand that can afford the most extravagant advertisements can utilize expensive, digital banners, and even interactive media. These are terrific at making an impact on travelers who are looking for ways to be distracted and pass the time.

But there are also more affordable options, such as print banners, or even airport shuttle advertisements. Choosing which market to work with will also help you if you have a more strict budget, as you don’t have to use name-brand marketing agencies. With a smaller agency, effective advertisements, and wise placements, you can still achieve big goals.

How Much Does Airport Advertisement Cost?

When it comes to the cost of using airport advertisement, the most important factor will be location. Yes, the huge digital screens with interactive capability will be more pricey than the shuttle bus panels, but the location of the airport will have the most effect. The busier and more trafficked the airport, the higher the premium on any kind of advertisement.

While a smaller airport may mean fewer people passing through it, it can still give great results for an advertisement campaign. Larger, more trafficked airports will always be at a higher premium, but they will also have considerably more exposure and give you a fantastic CPM.

Airport advertising is an effective way to reach a captive audience that is more attentive and willing to pay attention to advertisements than most. With flexible options that can make a lot of different budgets work, this can be a powerful tool to spread brand awareness and grow your customer base.