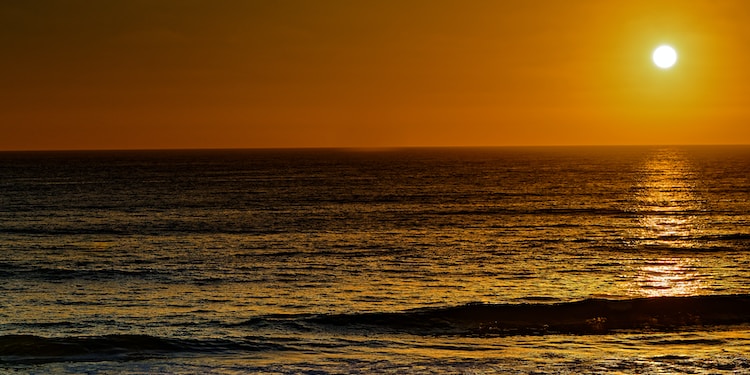 John Atkinson Grimshaw (1856 – 1893) was an English landscape painter during the late Victorian era. He is best known for his night scenes depicting both urban streets and quiet country roads and his masterful use of moonlight throughout.

Like many artists, John Grimshaw’s work didn’t receive any major acclaim or notoriety until after his death, although he did enjoy a professional career as a painter and photographer. Also, like many other artists throughout history, Atkinson died young, long before he reached his artistic prime.

This tragic occurrence, all too common in the art, can be looked at in two ways. On the one hand, Atkinson left this world with so much potential greatness ahead of him. While on the other hand, his early death adds tremendous value and charisma to his artwork and legacy. The following is a study of the painter’s life, death, and fantastic paintings.

John Grimshaw was born in a quaint little suburb in Leeds in the United Kingdom. Born to working-class parents in a working-class neighbourhood, the odds of Atkinson becoming successful at anything, let alone a successful artist, seemed slim.

Despite having an interest in art and drawing in his youth, Atkinson never studied painting or pursued it professionally and instead took a run-of-the-mill job as a clerk in a railway station. However, he married soon after, had children, and seemed on course to living an average life.

However, all this changed one day when suddenly, out of the blue, Atkinson decided to leave his job at the railway station and pursue his dream of becoming a painter. Unfortunately, there is no documented evidence of how or why Atkinson made this decision; perhaps only he knows. Nevertheless, this decision would change his life forever and set him on an exciting new path.

When John Grimshaw decided to quit his job and become a painter, his friends and family must have thought he went crazy. He didn’t have any finances to pay for schooling to study the craft and was simply running on the fuel of motivation that was his dream and vision.

It might be hard to believe at first when viewing one of Grimshaw’s wonderful and detailed landscape paintings, but one of the facts about Atkinson artist is that he was entirely self-taught. This isn’t completely uncommon in art as some other history’s greatest painters, such as Johannes Vermeer and Vincent Van Gogh, were also self-taught.

Nevertheless, this is an incredible feat of accomplishment and should be applauded. John Atkinson Grimshaw’s epic paintings should act as a shining example for any person who has a dream and wishes to follow it. Grimshaw did it with no study background or financial backing, and so can you.

The Master of Moonlight

Once Atkinson began finding his footing as a painter, his artistic interests and unique style began to take shape. Everyone has their own path to follow and will be led there by their inner intuition. For Atkinson Grimshaw’s paintings, this led him upward to the moonlight sky and the stillness of the night.

Grimshaw is known today by many as the master of moonlight and is considered to be the pioneering founder of nocturnal landscape painting. Sure, other artists have dabbled in this theme over the years, but no other artist has been able to portray the absolute magic of the night quite like John Grimshaw.

Atkinson’s ability to convey the essence of awe and beauty held within the moonlight is unprecedented in painting and has seldom been seen. You could look at practically any of his misty nighttime masterpieces and come away with a deep sense of wonder and enhanced appreciation of life.

The Heart of the Streets

This sense of wonder and amazement in the skies of Atkinson’s artwork also extended to the foggy English streets below. No other artist of the era was able to capture and encapsulate the macabre mood often associated with Industrial Victorian England quite like Grimshaw.

The sweeping rain, the smoky mist, the murky harbours, the eerie streets, and the haunted manors in Grimshaw’s paintings all leave a distinct impression on the viewer. Despite Atkinson being more of a Realist painter than an Impressionist, his paintings invoke deep feelings, emotions, and impressions that any Impressionist painter would be proud of.

His skill in using light to amplify the intensity of both his urban and rural landscapes is truly one of a kind. Despite not being as popular as some other Realist or Impressionist painters, it could be argued that Atkinson far surpasses them all when it comes to the gripping poetry and bitter melancholy present within any good landscape piece.

By the 1890s, Grimshaw had established himself as a reputable painter in the community and enjoyed a reasonable degree of success. Most critics held his urban, rural, and coastal landscapes in high regard, although some criticised his modern means of painting.

His artwork and style were really starting to blossom, and it seemed like he was coming into his prime as a painter. This artistic potential would be tragically cut short, though, as he contracted tuberculosis and died suddenly at age 57.

It is a somewhat common theme in art that many artists die young, and John Grimshaw is another case of this. However, he left behind a legacy of some of the most incredible landscape paintings ever made and will forever be remembered as the master of moonlight.

The most interesting facts about the artist John Atkinson Grimshaw lay within the paintings. Atkinson’s painting describes but a brief moment in history and yet, at the same time, invokes impressions and feelings that are undoubtedly timeless. Check out his wonderful paintings and see for yourself sometime.