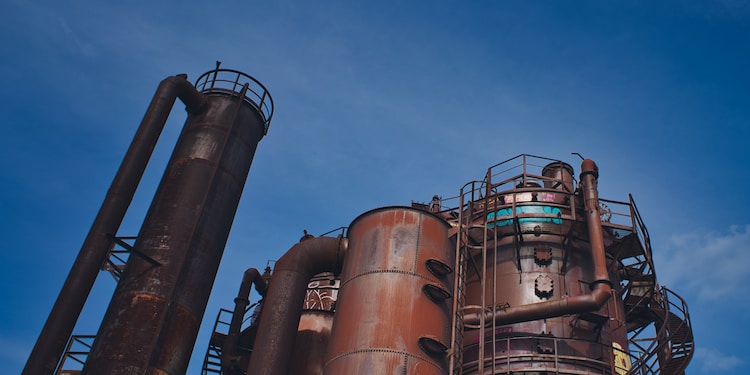 Photo by Benjamin Massello on Unsplash

After a record year in 2020 – a disastrous time when oil prices fell negative on a per barrel basis – oil prices are up nearly 75% on the year in 2021 and have broken out from downtrend resistance that first began near highs at the onset of The Great Recession.

Natural gas prices have shared a similar fate, pushing more than 120% ROI year to date. The year before, prices sank to levels not seen since 1995.

The energy sector might only be heating up, according to the current macro climate. Here is a closer look at the factors driving oil prices so high currently, and a guide on how to trade CFDs on crude oil using the advanced trading platform PrimeXBT.

WTI Crude Oil comes from Texas and typically serves North and South America, while Brent Crude Oil comes from the North Sea and focuses on Europe and the rest of the world globally. The price of the two types of oil typically track close to one another, but divergences can happen depending on environmental or political factors.

Dating back to the 1940s oil prices were just over $1. But as the world population grew and demand for oil-based products like jet fuel and gasoline expanded, oil prices began to climb steadily.

Breaking out from downtrend resistance resulted in a rally to roughly $140 per barrel, which remains the highest price a barrel of oil has traded at ever. From there, a new downtrend kicked off eventually culminating at negative prices per barrel shortly after Black Thursday in 2020.

The world was in lockdown, and the fate of oil supply versus demand was suddenly unknown. Storing barrels of oil became a larger concern, which prompted the deep drop and almost immediate V-shaped recovery,

Such an overreaction has caused an equal counter reaction, giving oil prices the momentum to break out from downtrend resistance again. With no diagonal resistance above, oil prices could skyrocket given the right economic conditions and a further break out past the former all-time high.

The Brief History Of Natural Gas

The history of Henry Hub Natural Gas prices doesn’t date anywhere near as far back as Crude Oil prices, but there is still plenty to review.

Natural gas prices have proven to be volatile over the last couple decades, gyrating back and forth between resistance and support at $16 and $3 respectively.

Natural Gas prices are now back at around $6 currently after breakout out through downtrend resistance with a more than 120% year to date move. If momentum continues, revisiting all-time highs above $16 is likely and new records could be near.

There is debate all across finance on whether or not there is a supply crisis or a demand crisis, or possibly both. The supply chain is constrained more than ever before, especially in the US where cargo container ships are docked by the hundreds off-shore waiting to unload their valuable cargo of commodities and consumer goods to the country.

There is a shortage of most goods, highlighting what appears to be a supply crunch. The supply shock narrative is touching everything from groceries, to cars, to homes, to Bitcoin, and of course, energy.

Many analysts argue that fiscal stimulus has created a situation where demand is outpacing supply, and supply is less-so the problem. In any free market, when supply and demand is out of balance in favor of rising demand, prices increase to get supply to unlock to meet such demand.

Crude Oil and Natural Gas can benefit from both supply shock and high demand, especially if both occur at the same time in a perfect storm as we are seeing. The fiscal stimulus has also weakened the dollar, which is the base exchange rate at which most other currencies, commodities, cryptocurrencies, and more are denominated in.

Profit From The Potential Petrodollar Crisis With PrimeXBT

With a potential dollar crisis looming, the opportunities presented in the energy markets are among the most appealing ways investors and traders can survive the macro storm to come, and become profitable while others suffer catastrophic losses.

PrimeXBT is one of the only trading platforms to offer BTC, ETH, USDT, and USDC-based margin trading on forex, crypto, stock indices, and commodities like gold, silver, oil, and natural gas all from a single account. This lets traders take the most advantage of a highly diverse portfolio of trading instruments, which can bolster returns and reduce risk impact.

The award-winning trading platform provides users with advanced trading tools to get the job done. Built-in charting tools can tip traders off as to when to go long or go short, when to double down on positions, or when to cut losers early.

Professional users can become strategy managers, and novices can become followers with the Covesting copy trading module. The tool connects each type of trader together, allowing followers to copy the trades of strategy managers that regularly prove successful via the module’s fully transparent global leaderboard system.

PrimeXBT is the all-in-one solution for users of any skill level to profit from soaring energy demand and the once in a lifetime macro environment and supply crunch.