These Comic Book-adapted Roles of Aaron Taylor-Johnson are Incredible 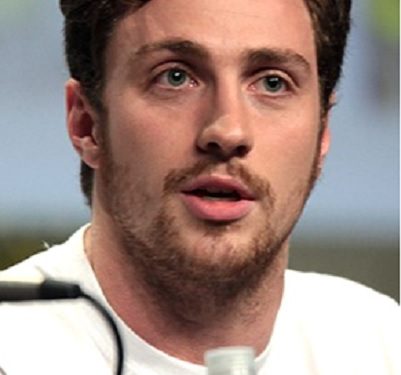 No doubt, Aaron Taylor-Johnson is a pretty familiar name when it comes to breathing life into comic book-adapted roles.

The actor is well known for playing Pietro Maximoff Quicksilver in” Avengers: Age of Ultron”, a significant part of theMarvel Cinematic Universe (MCU).

Soon, he will be starring in Sony’s Spider-Man spin-off” Kraven”, which would also be his third comic-book adaptation.

Aaron Taylor-Johnson was earlier casted in a comic book lead role in” Kick-Ass”. Years later, he returned to Marvel Cinematic Universe (MCU) to play” Kraven the Hunter”, and now he is planning to take on other comic book roles.

The” Kraven” actor also took some time to go into the differences between working on the Sony Spidey spin-off and his roles in “Bullet Train”, making mention of Kraven being “shot entirely on location, and that’s the best part.”

Taylor-Johnson said that this on-location strategy would make the role more amazing.

The actor said “Kraven” will be shot entirely on location which will make all the difference. This strategy also separates ” Kraven ” from the rest of the Marvel movies.

This character was introduced in 1964 as a Spider-Man villain. The movie focuses on this villain who considers himself to be the world’s greatest hunter, a moniker. He earns initially through his mastery at tracking and killing big game, unusually with his bare hands.

Eventually, his quest to maintain his grip on his title leads him to personal loss. He then drinks a serum that provides him super-power and stamina, ultimately reducing his ageing with time.

The character is known for carrying a jacket made from a lion’s head and mane and nothing much underneath.

“Kraven” is the third comic-book adaptation for Taylor-Johnson:

After headlining 2010’s “Kick-Ass” for Lionsgate and starring as Quicksilver in 2015’s “Avengers: Age of Ultron” for Marvel Studios.

Spoiler Alert: – In the comic book series Kraven’s Last Hunt, Kraven apparently kills Spider-Man and takes away his individuality. Kraven captures Vermin in time for Spider-Man to recover and return to the fight. Rather than fighting for Spider-Man, Kraven pits Vermin against him. Kraven stops Vermin before he kills Spider-Man. Counted as one of the top Spider-Man stories, this comic could be immensely successful as a film adaptation, especially if Sony can secure the rights to Spider-Man for this film or perhaps feature another “alternate universe” version of the character.

We should not forget that these are all assumptions. All that we can do at this point is wait until more information is released to see where Sony is taking “Kraven the Hunter.”

In an interview with” The Hollywood Reporter”, actor Aaron Taylor-Johnson confessed that he declined a role in “Deadpool 2″, the 2018 movie.

After some time, the actor approached David Leitch for” Bullet Train”. He enquired about the character and the role, to which David suggested him to grab the opportunity immediately.

The actor said that he doesn’t play similar roles:

Aaron Taylor-Johnson considers himself naturally changing and evolving. New things inspire him and grow him as a person. So, he would play the role and get cast for something unique he hadn’t done earlier.

Johnson also spoke about how he likes to be challenged, and this comic-adapted role requires him to get out of his comfort zone. Unlike people who prefer visiting the same place, the actor said he loves exploring different places.

The “Kraven” is a unique role, so he is pretty excited about the character.Taylor-Johnson explained that there is a lot about Kraven, and he is excited to share it at some point.