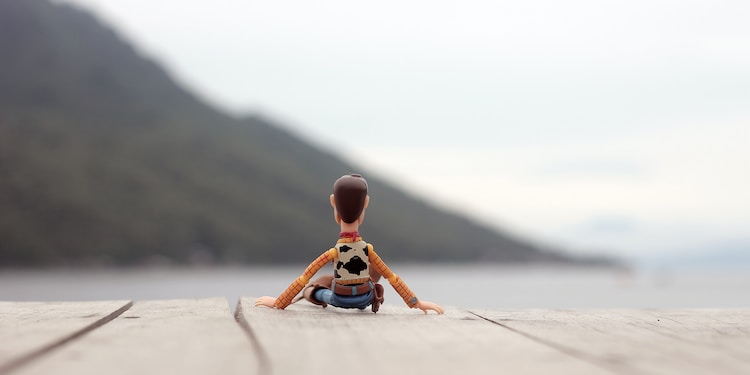 Photo by Zakaria Ahada on Unsplash

Kids are known to love cartoons and there are numerous characters that appeal to them. Here are some cartoon character pages to engage and enhance your kids learning abilities as well as have memorable fun moments.

Paw Patrol is a cartoon about Ryder, a preteen and his bunch of mighty rescue dogs named Marshall, Chase Rubble, Rocky, Zuma, Skye, Tracker and Everest. Kids love puppies/dogs and they can find a whole team of best friends in the paw patrol as they work together to safeguard their community. 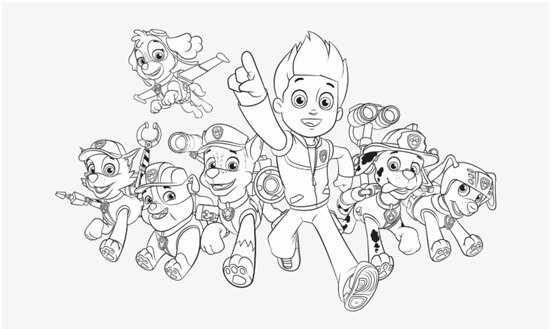 Paw Patrol coloring pages contain pictures of all the characters in the cartoons that can be colored by kids in certain ways. There are attractive images such as Ryder with six pups, Logo, simple Ryder, seven pups, pups badge, Robo dog, Marsha and Zuma fighting over a bone, Rubble running with Rex, Paw Patrol badge, Ryder and Marsha Harvest pumpkins, Ryder sits on the ground, Marsha climbing the Apple Tree, Halloween card, Paw Patrol members on the lookout etc.

Kids take an amazing journey full of adventure, mystery and coloring missions by coloring the Paw Patrol character and their activities

Superman is a hero and a true marvel legend of the classic comic series. No wonder kids shout, “it is a bird, it is a plane…no, it is Superman! This is a character that is always ready to take actions to seek justice and help people who are in need at any time.

The Superman coloring pages present images of the invincible man of steel, action-filled for both younger and older kids. These include superman fighting, saving a life,  superman clothes, superman smile, superman flying, superman logo, Lego in superman, Superman title, the mighty strength, Superman inviting kids to color and so on.

Kids treasure superheroes and their heroic acts that keeps them endlessly mesmerized as well as try to copy their styles in speaking, behavior and dressing. They can continue in their fantasy world as they put bright shades of color in the superman coloring pages. Kids love to see the flying hero on the pages, the sheer strength on his ample muscles and determined eyes and get the whole superman heroic feel. So, kids color away and enjoy your fantasy world.

Cinderella is a Disney character that has the magic to lure kids of all ages. It is one of the most famous classic Disney animated series. The princess is adored by kids, most especially the girls. The pages present vivid images that tell Cinderella’s rags to riches story. Girls dream of growing up to become a princess and this coloring pages helps them to have fun while in their fantasy world. 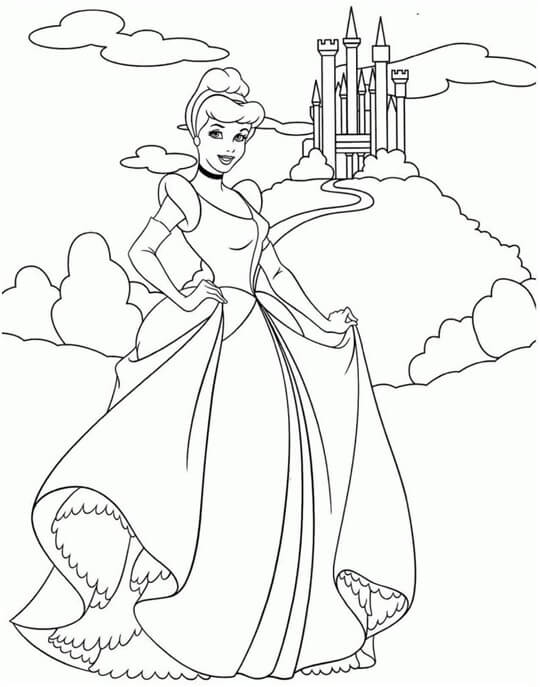 These pages are loved by kids as they tell fairy tales and folklores that are part of growing up and every child goes through this phase. The Cinderella coloring pages are full of fun and amazing pictures that attract young kids.

These coloring pages engage kids’ mind and help them to develop a sense of concentration and focus as well as build imaginative capabilities. The cartoon character comes alive when they color away in certain colors. They have the chance to join in Peter Pan’s adventures though the coloring pages as well as teach them through friendship.

Spiderman is a Marvel Comics character/superhero that fights evil, brings justice, equality and peace to citizens of New York City.  It has become one of the most popular characters in the comic universe among kids. The images in the coloring pages includes:  Spiderman swinging into action, Spiderman mask, Spiderman’s web, showing his superpower, on a mission, Spiderman on the roof, Spiderman kicking the villain, Spiderman comes to the rescue, the world upside down ,Spiderman into spider verse, Spiderman costume, cobweb and gadgets, ready to take off, Spiderman to save the world etc.

The Spiderman images appeal to kids as each scene ends on a positive note after each struggle which serves as great lessons to them. The kids learn the amazing truth that good and truth always win over evil as well as know more about the virtues of life. Coloring Spiderman is both informative and fun.

SpongeBob Squarpants is a comedy animated series by Nickelodeon and remains one of the favorite characters of kids of all ages. The character is a yellow sea sponge who lives in a pineapple under the sea who enjoys being a cook at Krusty Krab and serving Krabby patties. His neighbors are Squidward Tentacles and Patrick star. 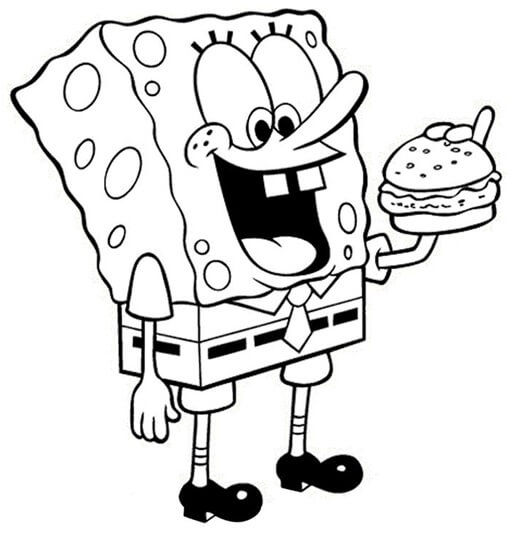 Coloring these cute SpongeBob pages because of their cute features as well as taking a mental adventure into the sea. There are lovely images such as SpongeBobSquarpants with his Bikini Bottom friends, Patrick star comes over to SpongeBob’s house, SpongeBob standing upright, Larry, the pet sea snail, SpongeBob waving a hand to say hello, Squidward with his usual indifferent facial expression and so on.

Dora, the 7 year old Latino explorer makes learning fun and interesting to kids. She speaks Spanish/English words to the viewers and asks questions to solve problems.  She teaches kids about shapes, words and phrases, colors and numbers both in Spanish and English. This helps kids to color away and participate more actively in the activity. She introduces kids to the Latin words, music and culture. No wonder kids love to chant her famous song, Dora, Dora, where are you going? To the beach! To school!

The images in the coloring pages are Dora with a backpack, Dora with Boots the monkey, Dora the Latino girl, Dora with Boots and Tico, Dora as a ballet Dancer, Dora in a Halloween costume, Dora with her friends, Dora the Queen, Dora goes for a ride, Dora as a fairy princess, Dora on the beach and so on.  Most kids love to color her cute face, colorful dresses and her smile.