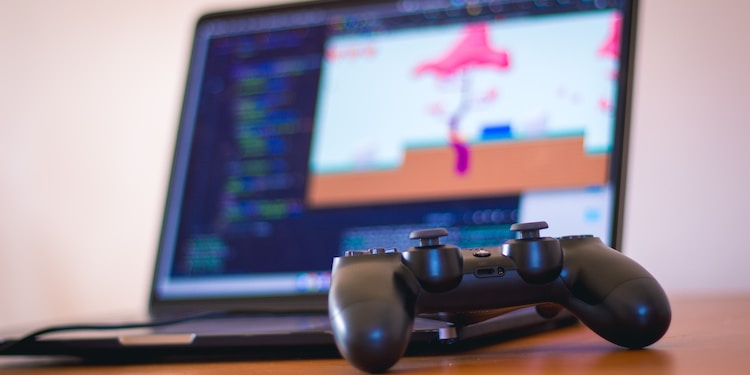 Games have long taken their place in our lives. We play the subway to keep ourselves busy, after work we relax with some kind of shooter or strategy game, in our free time we play online games with our friends, etc.

It is not surprising that the games industry is developing intensively and growing up to 50% every year. Every day, tens of thousands of new games appear around the world on different topics on different platforms. And the requirements of users for games are increasing every time.

And even if you have just started entering this limitless market – now is the best time!

It is clear that game development is primarily based on its engine. In fact, the engine is the heart of any game. That means that the gameplay, graphics, visual part and software development of the game depends on the engine.

The game engine can both open up new opportunities for its developer and make development simple and understandable. You can follow the advice of the experienced online community Themaddev to overcome unexpected difficulties and problems.

80% of the result depends on the engine

A game created on an engine that was not designed for it will work poorly: with bugs, glitches, or it can`t be able to fix current errors. This is fraught with problems, complex tasks and a lot of development time. It can lead to a failure in the development timeline, a discrepancy between the result and the expectations of the consumer, or even the cancellation of the project.

Let’s figure out how to choose the right engine?

Knowing the answers to these questions, you will understand whether you are moving in the right direction.

And you will know the answer to the main question – which platform for game development to choose?

There is no developer and avid gamer in the world who has not heard about this engine, and this is absolutely no coincidence. Almost half of all games on the planet are developed on this platform. This engine is super versatile – it fits almost all existing platforms: Android, IOS, Fire OS, Tizen OS, Windows etc.

A lot of guides have been shot on this engine and user manuals have been written. Also it has a simple user interface – even for a beginner game developer.

Unity offers a wide range of development options – from 3D models to 2D and casual games.

The second most popular engine and the first competitor of the Unity platform is Unreal Engine. It is no less convenient and simple compared to Unity. The platforms it supports include Android, iOS, Linux, Xbox One, HTML5, etc. It is well suited for beginners because it provides all the tools for quality 3D modeling and unique designs. A separate plus is that Unreal Engine does not require mandatory programming knowledge to create your game.

It also offers free use for non-commercial projects and relatively cheap rates.

It is one of the best free engines for almost every possible platform. It provides all the features to create high-quality games with bright and professional visuals and graphics. The platform has many tools for creating high-quality design and 3D graphics.

Universal platform for Android game development. It is well suited for both beginners and experienced game developers. The platform uses the C++ programming language, so knowing this programming-language will give you more freedom in developing games on AppGameKit. A big plus is the cross-platform nature of this engine – this means that in addition to Android, your application will also be easy to run on iOS and Windows phones. Unlike previous platforms, AppGameKit is paid with a minimum plan of $49.99. And if you prefer to take the unlimited plan, you will have to pay $66.98.

Games created on this engine are available on almost all major platforms: Android, iOS, Windows, PS4 and Xbox One.

One of the main advantages of this platform is its security. It comes with AWS cloud storage, which increases the security of your data.

Also this platform is free to use.

Unlike the above platforms, Game maker studio 2 is mostly focused on small games for indie developers or commercial games. It is well suited for creating arcades or creating small games. The interface and use of the program is as simple as possible and does not require much time for game development.

It is one of the most popular engines in mobile development. It is used by thousands of developers around the world. It is cross-platform and available on platforms such as Steam, App Store, Play Market and many others. It allows you to create unique games with colorful graphics and special effects. Construct 3 has a simple interface that even a beginner can figure out.

A separate plus is that the tools in the engine are not templated and non-standard games are always obtained on Construct 3.

There are also many other platforms, but we have touched on the most basic ones.

But we want to summarize that it does not matter what programs you use. Your consumer may not notice what engine the game is developed on. First of all, it is important to enjoy the development and make a good and exciting game for your player.