Upping Your Game: The Top Types of Sports Supplements for Improving Performance 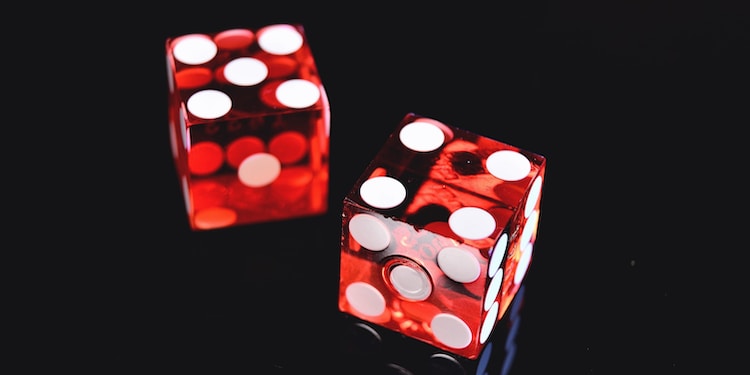 Photo by Jonathan Petersson on Unsplash

Experts estimate the global sports nutrition market to be worth $16.7 billion this 2021. Come 2028; they project it to more than double and reach a staggering value of $34.5 billion. Sports supplements, in turn, account for the biggest share of this market, 82.2% in 2020.

So, there’s no question that dietary supplements are and continue to be big revenue makers. Fortunately, some of them do have tried, tested, and science-backed benefits. Studies found they can boost energy, improve muscle health, and even lower hypertension.

To that end, we created this ultimate guide on the most common types of sports supplements out there. Read on to learn what they are and why they may be the best sports nutrition supplements in the market.

Caffeine is a natural substance found in coffee, cacao, and tea. It’s a common ingredient in sports nutrition supplements because of its stimulating effects. It stimulates and energizes the brain and the central nervous system.

One way caffeine can help sports performance is by boosting energy and focus.

For example, a review found that 40 mg to 300 mg of caffeine improved muscle strength and endurance. It also prolonged the time consumers reached their exhaustion point. Moreover, it showed positive effects on alertness, attention, vigilance, and reaction times.

Caffeine may also benefit athletic performance by enhancing muscle contraction. This is vital to athletes as it allows them to apply more force and tension during workouts. So, the better their muscles contract, the greater their output and performance can be.

In addition, caffeine doses of 2.3 mg per pound of bodyweight seem to boost endurance performance. Those who consumed caffeine an hour before a workout had faster performance times. They also showed greater power compared to those who took decaffeinated drinks.

Creatine is one of the most popular types of sports supplements as it can help boost muscle mass. It is, after all, a natural substance found in the muscle cells of humans. It aids the muscles by producing greater bouts of energy during high-intensity workouts.

Athletes and bodybuilders supplement with creatine to increase their phosphocreatine supplies. Phosphocreatine, in turn, is a type of stored cellular energy that helps the body create more ATP. ATP is a high-energy molecule that serves as the body’s energy currency.

The idea is that the more ATP there is in the body, the better it can perform during heavy exercise. So, with creatine supplementation, the body may have more energy to do much heavier work.

All that may then result in longer training times or higher workout volumes. Both, in turn, are essential for long-term muscle development and growth.

For those reasons, it’s easy to see why creatine is widely available for easy purchase online. Sites like Bodybuilding.com, Amazon.com, and Wilsonsupplements.com all carry creatine supplements.

Protein is an essential dietary macronutrient that provides energy to fuel the body. It consists of smaller units known as amino acids, which the body also uses to make muscles. As such, both have indirect effects on athletic performance by building muscles.

Protein powder is one of the most popular forms of such supplements. Some athletes take these as they need more protein to build and repair muscles.

By contrast, athletes and very active people require about 150% to 200% more than that.

Some findings do support the benefits of taking protein supplementation among athletes. For example, higher intakes may benefit resistance-trained individuals. They may benefit from fat mass loss with daily intakes of more than 1.36 grams of protein per pound of body weight.

Sodium bicarbonate (NaHCO3) is an alkaline salt made up of sodium and bicarbonate ions. You most likely know this better as baking soda, cooking soda, or bicarbonate of soda. However, its uses go beyond the kitchen; it can also help the body maintain the optimal 7.0 pH level.

Maintaining pH levels during exercise is important to prevent too much lactic acid. Lactic acid production often occurs as a result of anaerobic (AKA high-intensity) exercise. In this case, the muscles’ oxygen demand is greater than what’s present in the body.

NaHCO3 has a natural pH level of 8.4, which is why it’s mildly alkaline. When ingested, it can help give the blood’s pH level a slight boost. In this way, it may counter the lactic acid-producing effects of high-intensity exercise.

Those effects may help explain how NaHCO3 can help people exercise harder or longer.

For example, one study looked at the effects of taking 136.08 mg of NaHCO3 per pound of body weight. The participants took this dosage one to two hours before exercise.

The researchers noted the participants were able to do more strenuous activities. Their exercise duration also lasted one to seven minutes longer.

Nitrate is a natural chemical that the body converts into nitric oxide (NO). NO, in turn, is a vasodilator, which means it relaxes the blood vessels and makes them open wider. This then results in increased blood flow.

Scientists say that may help explain how beet juice may help lower high blood pressure. In this way, combining it with exercise can be even more helpful for those with hypertension.

After all, exercise is already a great way to control blood pressure. As such, it may be safer for folks with HBP to exercise more if they can bring their BP lower.

More blood flow also means higher levels of oxygen and nutrients reach the muscles. This improved nourishment may then help muscles contract better and last longer. In fact, there’s evidence that it can boost muscle efficiency, performance, and endurance.

HMB is a substance produced as the body breaks down leucine, a branched-chain amino acid (BCAA). However, the body can only produce HMB in small doses, which is why some folks take HMB supplements.

Some athletes may take HMB supplements as HMB may help increase exercise performance. One way it may do so is by enhancing muscle growth while reducing muscle breakdown.

Do note that although many studies exist on HMB, the results are conflicting. Moreover, it seems untrained individuals may benefit more from its supplementation. This may be good news, though, if you’re new to sports.

B vitamins are essential to the body’s energy release processes. That’s because they help metabolize carbohydrates, fats, and proteins.

Most people get enough B vitamins from food, but female athletes may be at risk of deficiency. For example, they may be more prone to vitamin B6, B12, and niacin deficiencies. Such may occur in cases wherein they don’t increase their food intake even if they expend more energy.

Vegetarian and vegan athletes may also be at risk of vitamin B-12 deficiency. That’s because most food sources rich in this B vitamin are animal products.

In any case, B vitamin deficiency can result in a lack of energy and premature fatigue. As such, those with deficiencies may benefit from doctor-supervised supplementation.

Iron is a mineral necessary for oxygen transport in the body. So, a lack of it may result in a condition called iron deficiency anemia (IDA). According to experts, IDA is more prevalent in female athletes than in males.

Iron deficiency and IDA also seem to be more common in vegans and vegetarians. That’s because some of the most iron-rich food products are meat, pork, poultry, and seafood.

All that can then lead to impaired sports performance. So, if you believe you have iron deficiency, talk to your doctor as soon as possible. Your doctor may recommend taking iron supplements to boost your internal supplies.

Give These Sports Supplements a Well-Deserved Try

There you have it, your ultimate guide on some of the most common and studied sports supplements. Just remember that while most of them work for many people, they may not have the same effects on everyone. That’s why it’s imperative to seek your doctor’s advice first so that you can make a more educated choice.

Plus, it’s for your own safety, as supplement overuse may do more harm than good.

Ready for more informative health, fitness, and lifestyle guides? Then head over to our other categories for more educational posts like this!