Understanding The Difference: Momentum and Kinetic Energy With A Moving Object 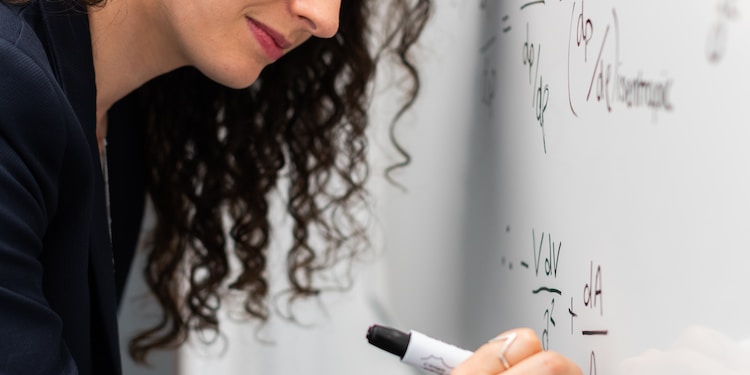 Photo by ThisisEngineering RAEng on Unsplash

There is a lot of talk in physics about momentum and kinetic energy. There may be a tendency to think that they are relatively similar concepts, but they are not. Though both have a related concept, they differ in physical understanding.

However, it is important to remember that momentum and kinetic energy are not the same and are not interchangeable. They are both related as a moving object’s momentum is a product of its mass and velocity, whereas kinetic energy is half the product of the mass and the square of the velocity.

Let’s dig deep to understand the concepts by understanding the difference between momentum and kinetic energy.

Mathematically, Kinetic energy is expressed as-

m = mass of the object expressed in kilograms (kg).

v = velocity of the object expressed in meters per second (m/s).

The SI unit for Kinetic Energy is Joule.

The momentum of any object is a vector quantity and is defined as the virtue of its mass. The mass and velocity represent the momentum of the object.

An object in motion can be defined mathematically as having momentum–

m = the mass of the object expressed in kilograms (kg).

v = the velocity of the object expressed in meter per second (m/s).

Momentum is measured (S.I. Unit) in kilograms per second (kg.m/s).

The Kinetic Energy and Momentum Relationship

In a moving body, momentum and kinetic energy are related, and they can be mathematically expressed as follows:

Take a look at the kinetic energy formula:

Now R.H.S. has to be multiplied and divided by m

As we know, p=mv. If we substitute the value of mv as p in the equation above, we get –

The above equation shows how Kinetic Energy and Momentum are related to an object that is in motion.

If the value of Momentum(p) is constant, then K.E ∝ 1/m

If the value of Kinetic Energy(K.E) is constant, then p ∝ √m

If the value of mass(m) is constant, then p ∝ √K.E

The Kinetic Energy vs. the Momentum

Now let us see a brief about the difference in kinetic energy and momentum:

Deeper Understanding of Difference Between Momentum and Kinetic Energy

Imagine that you are knocked down by two fast-moving objects that share the same momentum. Two objects weigh 0.1 kg and 10 kg, respectively. Which object would cause greater damage, according to you?

Since the momentum is the same for both the objects, you might intuitively assume that they would both cause the same amount of damage. But, according to the results, the 0.1 kg object would do much more damage. How does this happen? It is explained here:

The way to understand this is to consider for a particle how momentum and kinetic energy are represented mathematically, where the particle is viewed as a reasonable representation of the object.

By substituting the momentum equation (P = mv) into the above equation, we get,

Due to m being in the denominator, the kinetic energy for a smaller m will be larger if the P is constant.

Thus, for a given momentum P, the 0.1 kg object will have more kinetic energy than the 10 kg object. This means that the kinetic energy of 0.1 kg is 100 times greater than that of 10 kg. When an object strikes something, its kinetic energy directly correlates with the damage it will cause, making it directly proportional to the damage.

It’s quite interesting to think that for a given momentum, the lighter object does more damage. In the kinetic energy equation, this effect is due to the square of the velocity. Based on this result, the inverse ratio of the masses of two objects sharing the same momentum is the kinetic energy ratio.

In the case of firearms, this principle readily applies. Due to conservation of momentum, a bullet leaves a gun with the same momentum as the gun itself (which recoils). In contrast, the bullet has a much higher kinetic energy than the gun. You realize that kinetic energy from gunpowder was mainly transferred to the bullet rather than the gun as a result of this process.

Due to the conservation of momentum, the velocities of the two blocks are related that can be understood by the following equation:

Physicists arrive at this conclusion using mathematics because of the nature of physics at work. When spring has a stiffness of k, it has elastic energy represented as when compressed of (1/2)ks², where s is the amount of compression. Consequently, the spring’s energy is mostly concentrated in the smaller and lighter block.

The above-explained concepts give clarity for the difference between momentum and kinetic energy. Try to read everything with the utmost focus to gain maximum knowledge. If possible, take notes of everything you read, especially the equations and S.I. units, and read it out after you are done with completing a topic. This can increase the retention capacity, and you might remember a topic for a longer time. 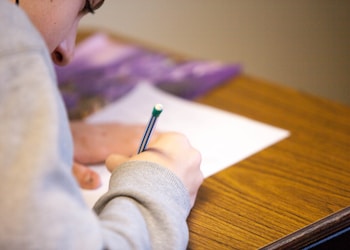 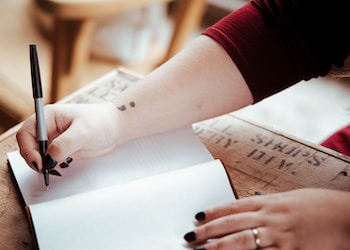